Hear Life to the Fullest

Back to Overview
Hear Life to the Fullest

The advantages of bilateral cochlear implantation

Our natural ability to hear with both ears allows us to understand speech in noisy surroundings and localize where sound is coming from. Cochlear implants are designed to help develop these essential everyday life abilities in people with unilateral hearing loss.

Johanna’s mobile phone is ringing. She wants to answer the call. But where is the phone? Most people can locate their phone when they hear it, even though they cannot see it. For a long time, Johanna Pätzold was not one of them. She had lost her hearing in her right ear after an illness. Despite normal hearing in her left ear, she could not tell where sounds were coming from nor could she follow group conversations or understand in loud surroundings. Her single-sided deafness made communication so much more exhausting. Above all, missing out on the richness of music hit the student of musicology hard. “Hearing with two ears allowed me to perceive the fine nuances and dynamics that make music emotional.”

One in a thousand newborns has a unilateral (=single-sided) hearing loss [1]. Over time, this number increases due to progressive (= worsening) hearing loss, illnesses and accidents. At school age, already 3-6% of children are affected[2]. If speech understanding is impossible even with an optimally fitted hearing aid, experts refer to this condition as (functional) single-sided deafness (SSD).

Unilateral hearing loss has a major impact on children’s auditory abilities, affecting localisation, three-dimensional sound and speech understanding in noise. Additionally, it may impact their speech and language development, academic achievements and social skills. In their current guideline, the Audiology Working Group in the Austrian ENT Society recommends [3] performing newborn hearing screening in both ears, as well as providing a hearing aid or implant to children with unilateral hearing loss. In the 25th month of life they recommend seeing a paedaudiologist for a hearing and speech assessment. These specialists evaluate listening and language skills and take further steps if necessary.

Young children with a severe hearing loss of 70 dB and more in one ear are candidates for a cochlear implant, the guideline says.

Austria and many other countries have seen a surge in cochlear implantation for adults with single-sided deafness. “Bilateral cochlear implantation has become common practice in many countries in the last decade, because the results are so convincing”, says Reinhold Schatzer, sound coding specialist at Austrian hearing implant manufacturer MED-EL. “Knowing the benefits of bilateral implantation and being faced with the hearing deficits reported by individuals with only one hearing ear, clinicians extended cochlear implant treatment to people with single-sided deafness. Hearing with two ears provides the same advantages for these recipients as for bilateral cochlear implant users: more accurate spatial hearing, better sound localization and easier speech perception even when multiple talkers speak at the same time.” 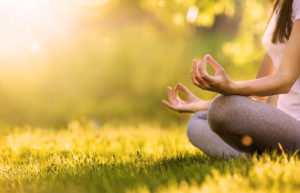 A long CI electrode, deeply inserted into the cochlea, is designed to stimulate at the same place-pitch-match as the healthy ear. US studies showed that thanks to our brain’s plasticity a CI user can adapt to place-pitch-mismatches and allocate the correct pitches. Yet, they also demonstrated that this mismatch requires more cognitive efforts which counteract ease of listening.

A case report of a CI patient with single-sided deafness at the University Hospital in Kansas showed that the perceived pitch mainly depended on the place of stimulation, i.e. on electrode length and insertion depth. This recipient also reported that stimulation speed influenced pitch perception for frequencies up to 1,000 Hertz. These findings are implemented in fine structure processing, which currently only MED-EL can offer.[4]

Results from Austrian and German studies have demonstrated that single-sided deaf patients who received a cochlear implant and follow-up hearing training have adapted quickly to the new way of hearing. A short duration of deafness is beneficial.[5] Moreover, results from a UK study in children born with bilateral profound deafness[6] can also be applied to individuals with single-sided deafness: even if hearing with both ears is provided late, binaural hearing abilities can realistically be expected.

Although CI users with single-sided deafness required a longer rehabilitation period than bilaterally deafened users, they already noticed improvements in hearing and understanding after three to six months on average. This, in turn, brought about a rise in self-confidence, social interactions and activities. In the long run this led to a significantly higher quality of life, as reflected in the study results[7].