Focus instead of Scattering!

Back to Overview
Focus instead of Scattering!

Gehört.Gelesen spoke to O. Univ.-Prof. Dr. Wolfgang Gstöttner, President of the University Clinic for ENT diseases at the Medical University of Vienna about the interaction between music and hearing ability and why music should be used more discerningly.

Prof. Wolfgang Gstöttner is a specialist in head and throat surgery and is responsible for the surgical part of provision of cochlear implants. CIs were developed to enable deaf people to hear and so are primarily for audio-verbal communication. However, the clinician understands that many CI users long to listen to music: “Music is important for mental balance. It is a sophisticated aspect of hearing.” 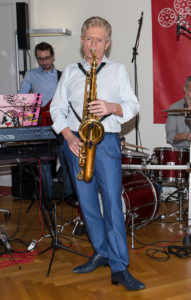 “Without music, life would be a bit dull and boring.” As a graduate of a musical grammar school, Gstöttner himself plays piano and saxophone. “Words can sometimes be manipulative. Philosophically speaking, it is difficult to make a statement that is exclusively truthful. Music on the other hand is always a piece of truth. It is just as it appears. It has no ulterior motive.” By contrast to concentrated listening to spoken communication, a direct path into the emotional mind can be found when listening to music.

For Gstöttner, music aims primarily to reach others, convey emotions and entertain the listener. He regards the practice required as mental fitness training: “If you watch half an hour of television per day, this is usually lost time, it is frittered away. On the other hand, regularly practising an instrument is a constant development.” In his view, this does not have to be actively playing music; listening to music with concentration is also beneficial.

In our society, music is not exclusively a cultural factor that is consciously consumed. Background music accompanies us almost everywhere in our everyday life - from the supermarket, to the cafe or party to the nice-sounding disguise of unpopular noises in public toilets. The term acoustic fog was coined last spring in this context in a podium speech at the Hören Bewegt open day. 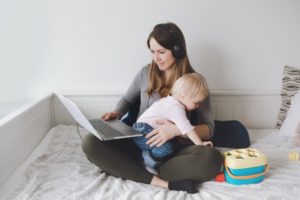 Multitasking weakens the ability to concentrate

“Our brain has a lot to deal with through the day. Because of that, we can’t always concentrate on listening to music” explains Gstöttner. Permanent exposure has the effect that we no longer really notice the music. Gstöttner is convinced that the demand for multitasking does not correspond to human nature.

Constant background music trains the brain to tune out and multitasking weakens the ability to concentrate; “you get spread thinly, you read something and you are having a conversation at the same time – but you are not fully focused on anything. Not many people can still concentrate and apply themselves, even in a conversation. That is the most widespread ailment of our times.” Gstöttner pleas for enjoyment of music that is limited in time but concentrated; “Training concentration and attention promotes personal well-being.“

The chief doctor describes the ear of a person with normal hearing as a highly sensitive sensory organ. “We could even hear our own cell movements on the body. Short peaks in noise can strengthen our hearing organs. But the louder and longer the effect of the sound, the more dangerous it is to the hair cells.” It makes no difference to the ear whether that is sound from a building site, the noise of a metal band or from a symphony orchestra- “The stress depends only on the intensity and the duration. Continuous sound levels of 85 decibels over eight hours a day is certainly not good.”

Music is rarely considered noise, at least, not if it matches one’s own tastes. Higher volumes are usually tolerated and even enjoyable if it is your favourite band. However, that does not decrease the burden on the hearing organs.

The Occupational Hazard of Hearing Loss

“The noise exposure to active musicians is often underestimated”, says Gstöttner, in reference to frequent and long rehearsals in orchestra pits and the volume of brass instruments. Unhealthy volumes can even arise in choirs. “It is well-known that many singers in large choirs have noise damage.” Even if hobby musicians rehearse less often, the ENT specialist urges caution- “the noise level can quickly reach 90 decibels with four instruments in a small room.”

Whether you are a factory or construction worker, a pilot, a hunter or a musician- “if the limit values for noise exposure are frequently exceeded, there can be a risk of noise induced hearing loss as a lasting consequence. Noise-induced hearing loss begins with reduced hearing at exactly four kilohertz, which mainly makes the perception of some consonants difficult. With an almost unchanged auditory reception, the understanding of speech drops in background noise – people affected by this have to ask more often for repetition in noisy environments.

The loss increases and broadens with increasing impairment, often progressing over decades. “Noise-induced hearing loss is often quite far advanced before it is noticed”, as Gstöttner knows from experience with his patients. He often treats musicians with damaged hearing- “This is a real problem for these patients because they largely depend on their hearing in their profession.”

Music Can Become Stressful for Hearing

Hardly visible from the auditorium, you can often see in video recordings of concerts that the musicians are wearing earplugs. “Well-informed musicians are better-protected today”, explains hobby musician Gstöttner. There are now ear defenders that damp specific frequency ranges. If a musician needs to hear precisely the note being played on brass or stringed instruments, ear defenders can be a hindrance and reduce quality. Compromises and schedules are then especially important.

“I once treated a very promising young singer after an acute hearing loss, for whom the loss of hearing was of course a disaster.” Acute hearing loss describes a sudden, usually unilateral, loss of hearing. The cause is assumed to be circulatory disturbances in the inner ear, and stress is a typical trigger. “Having to give a top-quality performance every day is a massive stress for professional musicians. If there is a hearing impairment on top of that, that is a great burden.” A vicious circle. Thus, it is all the more important to protect the hearing as best possible. If there is damage to hearing, fast and efficient assistance is needed.

Amongst the current users of cochlear implants are some musicians and some users who are deaf following multiple acute hearing losses. Persistent noise damage or stress phenomena are possible in CI users, but if needed, the sensitivity can be adjusted easily via remote control. CI users without residual hearing do not have to worry about further strain on their hearing even in long, loud rehearsals. (editor’s note.)

Hearing can be Trained into Old Age!

“It is well-known that if you don’t communicate, it can encourage depression and dementia.” In relation to music, Prof. Wolfgang Gstöttner is convinced there is a similar relationship. “If you want to play music, you have to invest a lot of rehearsal-that is a great opportunity to work on your own mental fitness.“ People who listen to music with concentration can also gain and promote auditive and cognitive faculties. “Several hours a day, if you have time.”

Two aspects of music could have a negative effect from the point of view of the expert: high volume and constant background music. Gstöttner therefore recommends:

“Just like the mechanical learning of an instrument, hearing is flexibly configured in the brain. Once the plasticity is embedded, it remains intact into old age.”