Back to Overview
Mental training for easier life with hearing implant

Doing sports with a hearing implant

After health problems, mental training has not only helped Mag. Peter Kmetyko return to the top with his bike, but it has also helped him cope better with hearing problems and learn to live with his BONEBRIDGE implant.

Prof. Kmetyko reached the third place at the Austrian Cycling Championships in August 2021 in the category Master Class V. For the 66-year-old BONEBRIDGE user, this was a completely unexpected success. He says: “it was only possible because I was treated so competently by three top doctors!”

Sport has always been his passion

Passionate about sports since early childhood, Kmetyko studied physical education and history and was a high school teacher in Vienna for 40 years. In his free time, he has always been active and enjoys different sports disciplines. However, he did not take up cycling until he was 40. He started enjoying it and competed in his first cycling marathons. As he wanted to approach competitive sports seriously, he studied nutrition, training plans, but also mental training.

Mental training is important is sports psychology, but it is widely used in many spheres today. In combination with relaxation exercises, the trainee imagines the movement without actively performing it. In order to actually improve the real movement sequences, it is important to alternate between mental training and real training. Some other methods include the “self-talk”, which is a thought control and self-suggestion to strengthen confidence in one´s own ability and to promote goal- and solution-oriented actions.

Peter needed these skills to cope with his health setbacks, which were all in itself capable to end his athletic career. For months, it was uncertain whether he would ever be able to ride a bike again. However, his perseverance, the artistry of top doctors from different fields and his wife´s support made the improvement possible. He says: “Without these three doctors who helped me so much, I couldn´t have done it.”

“I did some intensive trainings when I started getting severe pain in my left ear, then headaches, dizziness, hearing loss – it felt like hell.” In recent years, hearing became more relevant for Kmetyko as he contracted a chronic ear infection. It soon became a serious health problem that threatened his sports activities. After five surgeries, the improvement did not occur. Following a private recommendation, he then went to Prof. Dr. Wolf-Dieter Baumgartner at the University Hospital in Vienna, who got the inflammation under control. But the middle ear was already destroyed, and the ossicles had to be removed. The result was the impairment of sound conduction and hearing loss in left ear. The retired professor remembers how embarrassing the problem became, as he could not know where the sounds were coming from during class, because of the effect the problem had with spatial hearing.

Spatial hearing and less stress thanks to audio processor

Kmetyko found a way to compensate visually for what he had lost in acoustic orientation: “I had the students under control – but you can’t constantly discipline children just because you have problems yourself.” In addition to the school situation, the hearing problems were leaving mark on social life. “I suddenly had to concentrate so much on what was being said that I could barely participate in a conversation actively.”

He soon started missing hearing in his left ear even when riding his bike. When a car is about to overtake, a cyclist with normal hearing hears it even before the car appears in the corner of his eye. But not Kmetyko, who had to learn to live with the moment of shock when a car suddenly appears just beside him.

So, he decided to try with hearing implant. “The surgery made me pain-free, and the implant brought back a significant part of my previous hearing.” The BONEBRIDGE converts sound into vibrations, sending them directly to the functioning inner ear via the skull bone. In doing so, it bypasses the damaged left middle ear. Today, the only thing missing for the athlete is a cycling helmet that fits better over the audio processor. Conversations in large groups are still a bit stressful, but he has regained spatial hearing and experiences less hearing stress.

Peter didn´t do any hearing training, but another topic occupied him for a long time – even after the implantation: “With the problems with the ear, I became aware for the first time that I am now in a certain way disabled.”

The racer knew the principle of mental training from sports. This had also helped him to cope with his dizziness problems before the implantation. Guided by suitable literature, he used it even after the implantation to work on a positive mood. He adds “Today, the hearing problem and the implant are no longer a flaw for me – they are a part of me now. It makes me just as valuable as before!” In the meantime, he wears his speech processor confidently in an eye-catching pirate design. “I liked that one, it matches everything” he says, grinning. 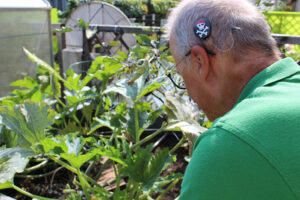 Quality of life: do what makes you happy

Kmetyko also faced other health setbacks: his heart necessitated a stent, and during a fall while mountain biking, he suffered a fracture of his ankle, which had to be fixed with two metal plates and 21 screws. To be able to undergo MR examinations without any problems in future, the implant user switched from his original implant to the MR safe BONEBRIDGE.

Since 2020, he has been fit enough again to exercise without hesitation. “But I didn’t think I would be able to perform at a peak level again,” he says, pleased with his recent successes. “For a few more years, I would like to compete in races.” Together with his wife, also a successful racer, he also travels on vacations by bike.

“My case is not so dramatic, at least not now,” he says. From his own experience, however, he knows how important family support is when it comes to hearing problems. He also wishes others to find the support they need – “so that they don’t lose heart and find an occupation with which they will experience success and satisfaction.”